Tsavo West national park was established in 1948 and it is under the governance of Kenya Wildlife services, as a remarkable national park and a safari destination for many tourists Tsavo west national park is land of numerous tourist attractions and   these include 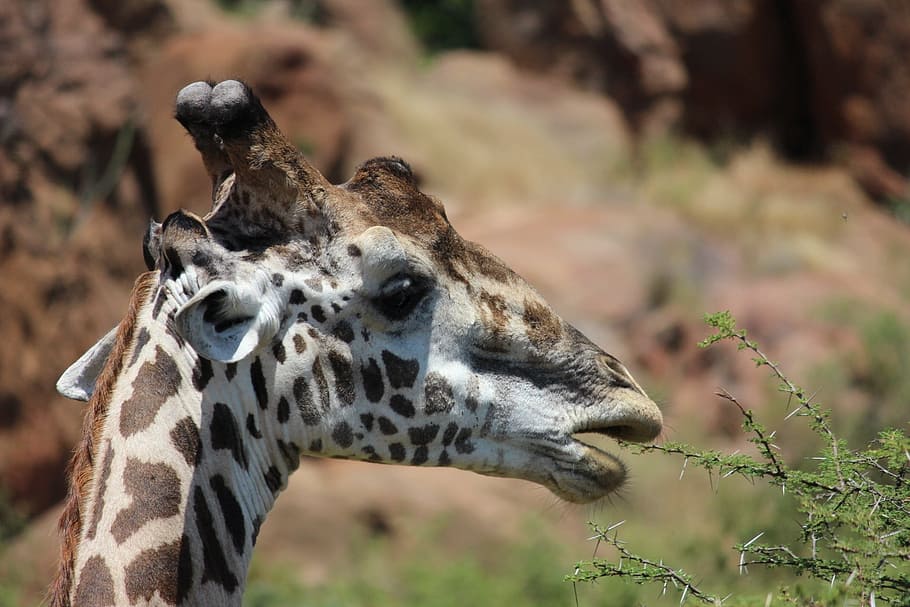 Mzima springs are a group of four groups situated in the western region of Tsavo East national park, the springs are natural reservoir of water to the park and a great site for wildlife seeing as it is a resident to a huge number of hippos and crocodiles. Mzima springs also referred to as Mzima pools are situated in a distance of 48 kilometers from Mtito Andei and it is surrounded by a thicket vegetation cover with fruit bearing trees, these trees attract vervet monkeys and a variety of birds which are also spotted. 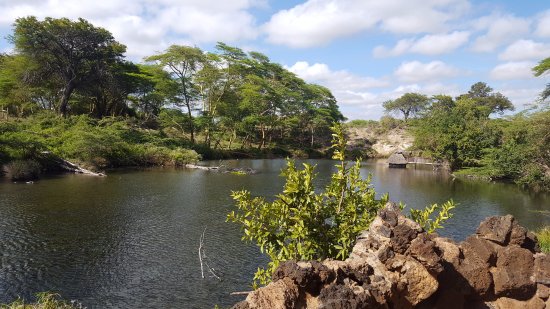 Chaimu crater is a volcanic feature and a tall rising hill situated in Tsavo West national park, the volcano creates beautiful scenery as it features bright black color of lava stones. Chaimu Volcanic crater gets its name from a local Kamba tribe language which means the devil’s crater, the volcano is climbed while in Tsavo East national park which is an amazing experience. 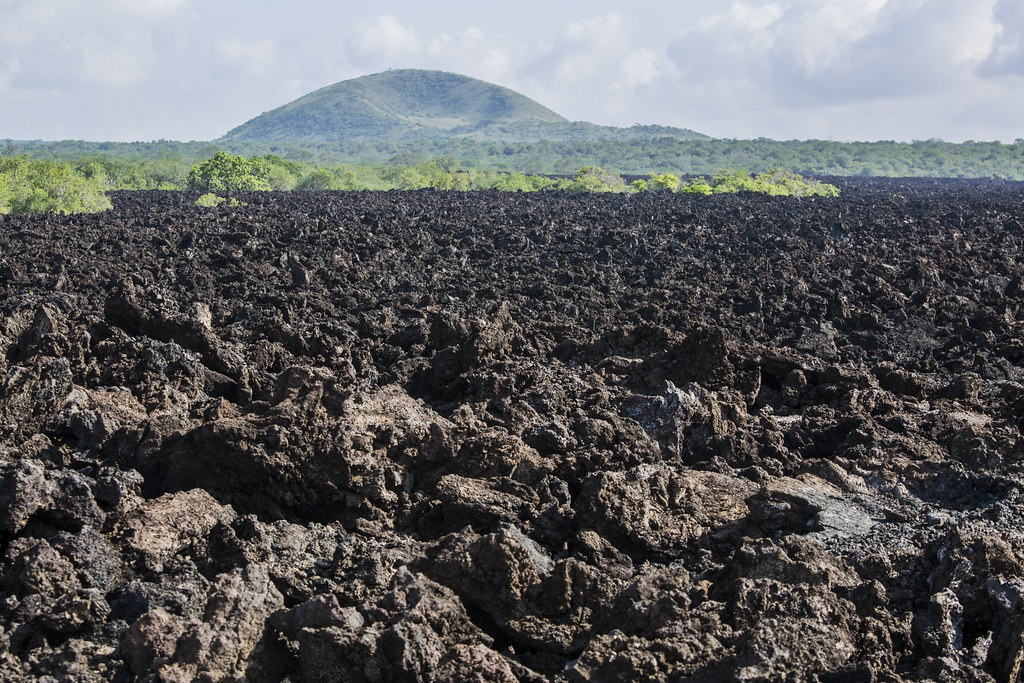 The name Shetani is a Kiswahili word meaning devil, the lava flow was named so because the locals believed the devil himself emerged to earth through the lava flow.

Lake Jipe is a 30 square kilometers surface area inter-territorial lake lieing along the border of Kenya and Tanzania, in Kenya part of the lake lies in Tsavo west national park and it is a great site for bird watching and spotting water animals. The lake hosts many bird species such as storks, egrets, lesser jacana, African swamp hen, Madagascar squacco heron, black heron, African skimmers, Egyptian geese and many more which are easily spotted. Water animals spotted at the lake include hippopotamus, crocodiles and many other animals such as hartebeests, lesser kadu, elephants  which come to drink water. 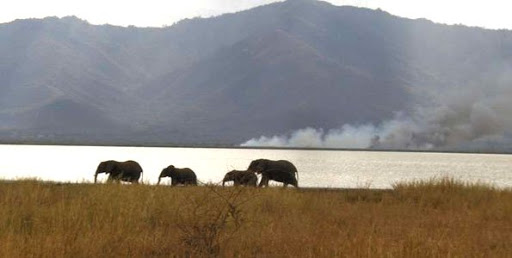 Tsavo west national park is more than animals and birds as it hosts the First World War site – East African campaign, this site commemorates the most bizarre campaign of the world war which was fought in the bush (thorny scrub and dense forest of Tsavo west) the local people. This campaigned is referred to as the last gentleman war waged under the code of honor and sometimes the local fighter used guerilla tactics they adopted from African tribal fighters. This site is visited while on a guided nature walk safari experience.

SAFARI ACTIVITIES TO DO IN TSAVO WEST NATIONAL PARK 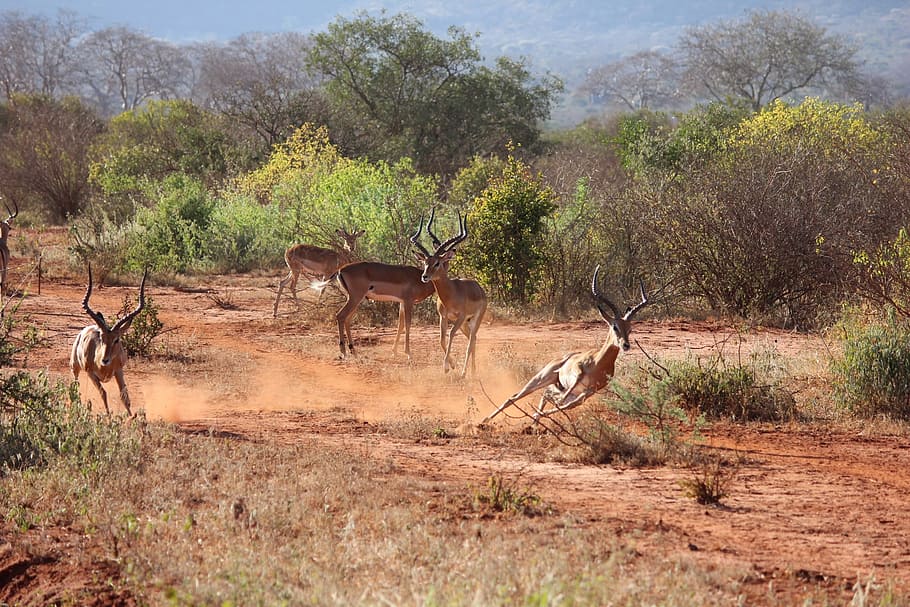 Bird watching in Tsavo west national park is great throughout the year and resident bird species are easy to spot, for tourists interested in migratory bird species they are easily spotted in the period of November to April and the peak months are October and November. 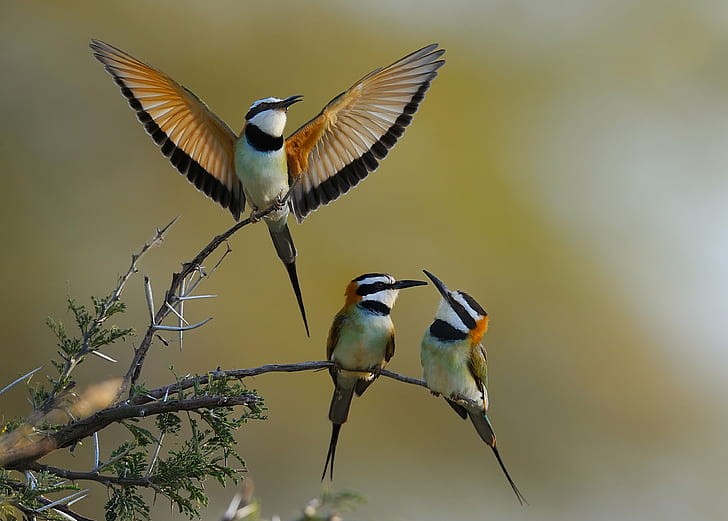 Tsavo west national park is a perfect destination for volcano hiking experience, the park consists of Chaimu volcano with a crater lake on its summit which is reached during hiking. Hiking Chaimu crater takes approximately 15 minutes under the guidance of a tour guide.

Tsavo west national park is a scenic national park with beautiful landscape and physical features such as the Shetani lava flow, nature walks in the park is best experience to enjoy the park and it is done on foot with guidance of a safari guide. On your walk enjoy sights of many animals and visiting Shetani lava flow will make the experience more memorable and worth participating in.

WHERE TO STAY IN TSAVO WEST NATIONAL PARK

Tsavo west national park is a popular tourist destination receiving a high population of tourists per year and because the park has a variety of facilities offering accommodation to tourists while on their safari in the park, these accommodation facilities are in categorizes that is

HOW TO GET TO TSAVO WEST NATIONAL PARK

Tsavo west national park is situated in the southern eastern region of Kenya in a distance of 240 kilometers from Nairobi and 250 kilometers from Mombasa and it is accessed using gates such as Tsavo, Lake Jipe, Mtito Andei, Chyulu, Maktau and Ziwani. The park is easily from most prominent towns of Kenya that is Mombasa and Nairobi using both road and air transport, there is well maintained routes used by both public and private vehicles to connect Nairobi and Mombasa to Tsavo west national park.

By air transport domestic flights are offered from Wilson airport in Nairobi to numerous airstrips serving the park and these include Kamboyo, Kilaguni, Tsavo, Jipe, Kasigau, Finch Hottons, Ziwani and Maktau airstrips.