Zambia’s South Luangwa national park is one of the country’s most popular national parks and top traveller destination in the country.   South Luangwa national park is situated in the Eastern part Zambia covering an area of 9,050 km², it was gazated as a national reserve in 1938 and late obtained it national park status in the year 1970. It derives its name for the meandering Luangwa River known for having a huge concentration of wildlife.  The river alone or Luangwa River is filled with so many hippos and crocodile and in general the park contains   over 60 species of mammals and over 400 species of bird species.

The parks most common inhabitants range from cape buffaloes, large herds of elephants and   giraffes   hence making of the most popular destinations in African for walking safaris. Running westwards, the park is boarded by a steep rift valley and towards the East, the park is bordered with Luangwa river.

Other wildlife that can sited in south Luangwa national park include  pukus, spotted hyenas, kudus, elands Cookson’s wildebeests, crawshay’s zebras, lions, impalas  the park also habors the leopards much as they are elisuve there rendering them quite difficult on a visit to the park.

The  parks bird population  as mentioned above amounts to 400 species, which is majorly raptors, African bee eaters, love birds, weaver birds, savannah  birds and water birds such as king fishers. The bird species make south luangwa a beautiful birding destination for those who are interested in birding safaris. 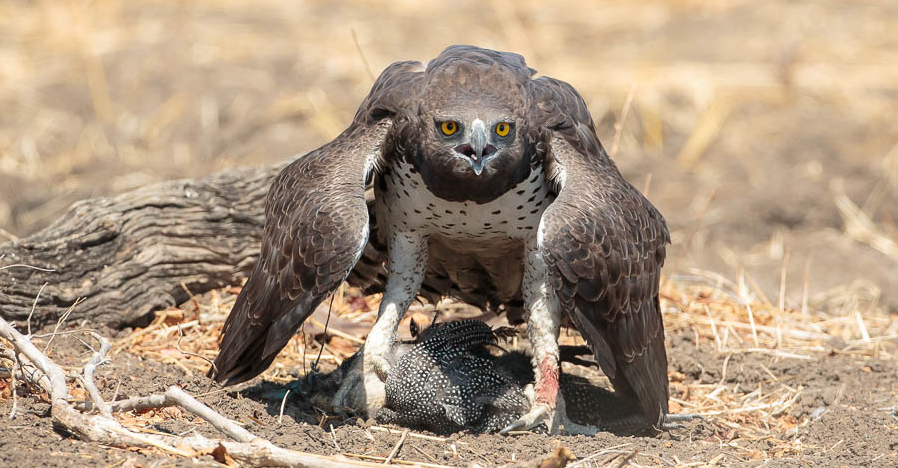