Nairobi national park is a national park in Kenya situated in the capital city of Kenya Nairobi about 7 kilometers south of capital city’s center, the park has an electric fence creating a boundary between the park and the metropolis. Nairobi national park is apparently one of the small national parks in Africa and Kenya covering an area of 117 square kilometers, though most of the park is faced by an electric fence the southern boundary is not fenced as the boundary is formed by Mbagathi river and it is open to Kitengela conservation area situated in the south of the park and Athi-kapiti plains

Today’s known Nairobi national park was originally a residence and grazing areas for the Masai people and the kikuyu people who used to farm at the forested highlands, by 1910 the area was occupied by over 14,000 of people not  to forget the increasing number of animals both livestock and wild. In 19th century the colonialists arrived in Nairobi and they found a huge conflict brewing between the animals and the people living in the area, residents used to always carry guns as a way of protecting themselves against fierce animals like lions which targeted their live stock and giraffes and zebras which destroyed their farm crop and flower beds.

In due time animals were gradually confined in the in the west and south plains of Nairobi which were set as a game reserve by the colonial government, in 1932 on return of conservationist Mervyn cowie who was born in Nairobi he was alarmed by the decreased number of animals in the Athi plains. This was because of the expanding farms and livestock taking over most of the parts of the southern game reserve, many other illegal practices like cattle grazing, hunting, dumping and bombing by Royal Air Force were done in the reserve. Conservationist cowie started advocating for establishment of a national park in the area leading to the formation of a committee by the government to examine the process and in 1946 Nairobi national park was open becoming one of the first established national parks in Kenya.

Nairobi national park is a great ecosystem regardless of its small size and location in the city hosting many species of flora and fauna which make the park a one stop attraction while in Nairobi and Kenya.

These animals are noticed to disperse in the plains of the park in wet season and in the dry season they return to the park, hartebeests and zebras usually use kitengela conservation area and migration corridor to enter the southern plains of the park and also reach Athi-Kapiti plains. The best time to encounter a huge number of these animals is in the dry season as they gather around Mbagathi River to drink water. 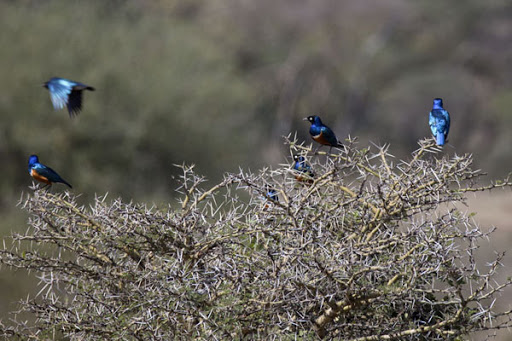 Tourist activities to do in Nairobi national park

Game viewing is one of the main safari activities offered in Nairobi national park, this safari experience takes you on a drive in the grassland plains of the park through well developed trails. As you drive through the park you enjoy sights of many animals such as Cape buffalo, eastern black rhino, baboon, grant’s zebra, cheetah, coke’s hartebeest, hippopotamus, African leopard, lion, eland, impala, Masai giraffe, Oribis, Kirk’s dik-dik, waterbucks and many more.

These animals are best spotted in dry season in the months of June, July, August and September, in this period they gather around watering holes to quench their thirsty. 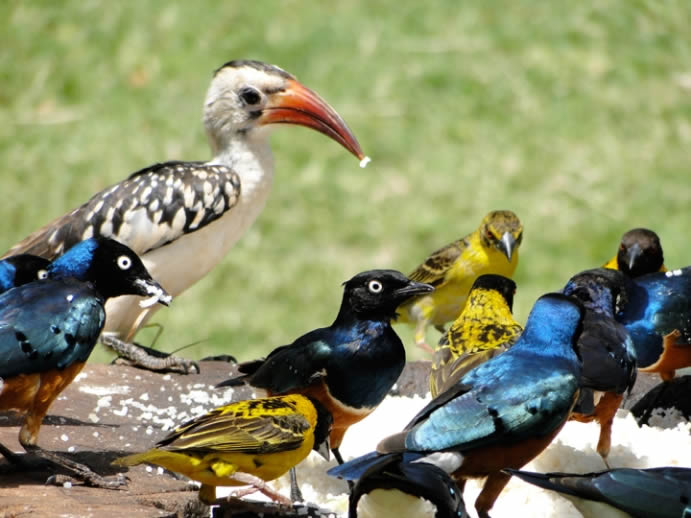 Nature walks safaris are another exciting experience in Nairobi national park, on this experience you take a walk through various regions of the park using various trails with assistance of a game ranger, with a back drop of Nairobi’s sky scrapers you get to enjoy panoramic views of the park’s landscape dominated by various vegetation covers. You also get to spot many animals such as Cape buffalo, eastern black rhino, baboon, grant’s zebra, cheetah, coke’s hartebeest, hippopotamus and birds like hartlaub’s bustard, Jackson’s widowbird, kori bustard, lappet-faced vulture, lesser kestrel, martial eagle, pallid harrier, secretary bird, Sharpe’s long claw. 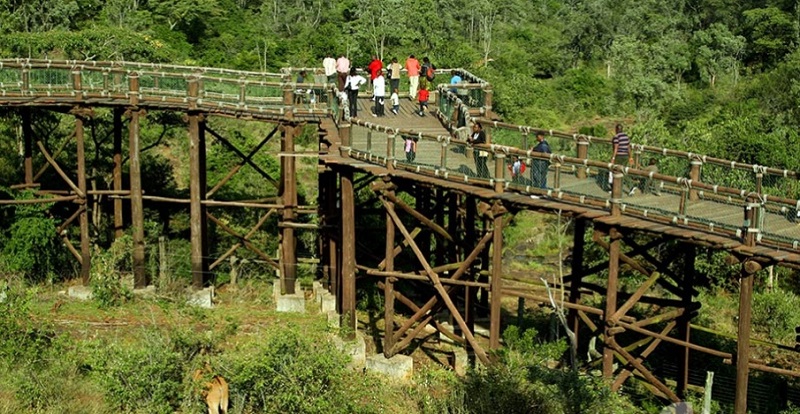 Picnic is a romantic experience offered in Nairobi national park, the park has many picnic spots amidst the grasslands. Picnic experience in the park offers you a chance to enjoy delicious meals in wilderness while enjoying sights of animals like giraffes, zebras, cheetah, cape buffaloes and many birds.

Where to stay in Nairobi national park