To stand as a national park, Murchison falls has stood a long line of history from the rest of the other national parks in Uganda. Often referred to as the Kabalega falls, in honor of the great king of Bunyoro. A waterfall found on the course of the great river Nile. This is where the river literally thunders out to drop nearly 50metres, making it the strongest water fall in Africa, diving the park in half on its way to the Mediterranean Sea. Before transitioning to a national park, it was known as a game reserve in the year 1926 set up to protect the savannah grassland that was talked about by Winston Churchill in 1907.

Uganda’s largest National park nearly 4000 square meters and it takes its name from a narrow descending gap along River Nile. It is one of the oldest and the largest protected area in Uganda. It’s well known to be one of Uganda’s ancient conservation areas characterized by the savannah type of vegetation. 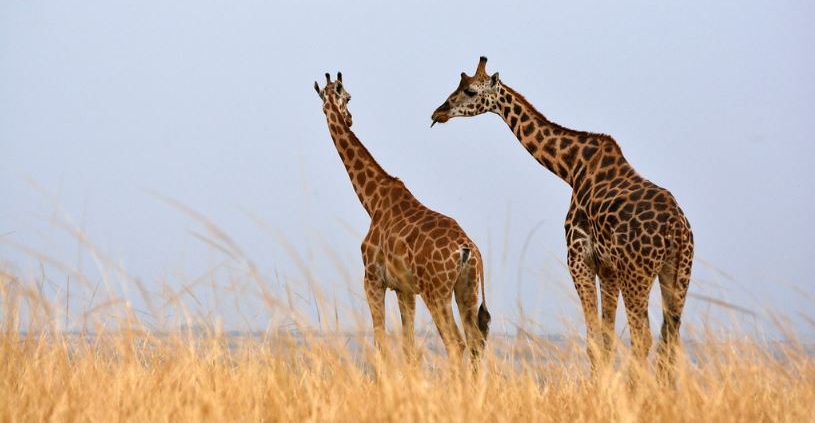 Murchison falls is located in the north western part of Uganda in Masindi district around the Victoria Nile spreading inward from the shore lake Albert up to the Karuma falls. The park is approximately 300 kilometers (190 sq. mi), by road, northwest of Kampala, Uganda’s capital city. It was named by sir Samuel Barker after Roderick Murchison. Sir Roderick Impey Murchison was born on Feb, 19,1792 Terradle, Ross-shire scot and died on the Oct 22,1871 London. The geologist who first established the geologic sequence of the early Paleozoic Era. In the years of 1907 and 1912, due to the sleeping sickness spread by the tsetse flies, the inhabitants of about 13000 sq. km (5000 sq. mi) were forced to evacuate the land. It is famous in the world for receiving prominent visitors. Winston Churchill was a great man who is accredited for having done activities such as boat cruise, hiking as well as cycling along the Nile corridor of the falls. Later on he was followed by his predecessor who is believed to have spent a lot of money around US $ 1.8m on his hunting safaris in Uganda.

In 1951, a movie was shot with background scenery of the Murchison falls that was Humphrey Bogat in John Huston’s prominent movie. Also, the Oscar winning movie African Queen was shot and filmed on the vicinity of the Murchison Nile along with Lake Albert. Other vital visitors include the Prince of Wales, Edward VII in 1930, Queen mother in 1959 and the British royals. In 1954, Ernest Hemingway also visited the park. The aim of his visit was to enjoy the adventure waterfalls although the plane got a problem on his way to venture the beauty of the park. Hemingway and the wife survived and were taken to Butiaba hospital for some treatment. 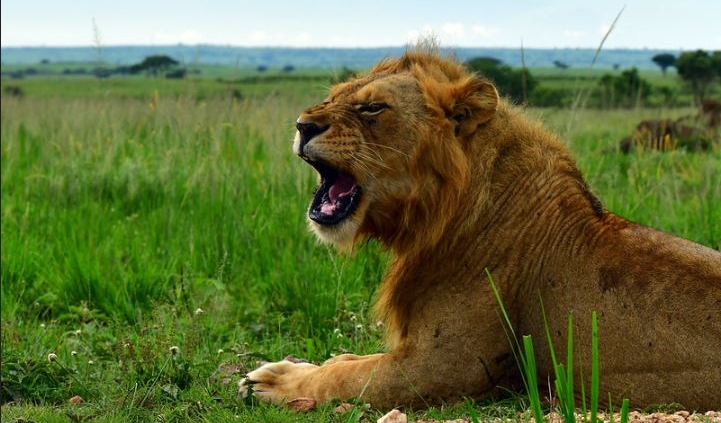 Being the largest of all national parks in Uganda and beyond, Murchison falls has got a variety of animal species and these include the African Buffalo is one of the most social animals of the plains, and you won’t also miss seeing the giant African Elephants too, the tallest mammal-the giraffes, the exorbitant hippopotamus, the cheerful antelopes, Kobs, impalas, waterbucks and of course the king of the jungle-the lions. The park has also got a variety of Bird-life of over 480 bird species including the spotted morning Thrush, Silver bird, Buff-bellied Warbler, Red breasted bee-eater, yellow-breasted apalis and varieties Kingfishers among others; birders consider this a park paradise. 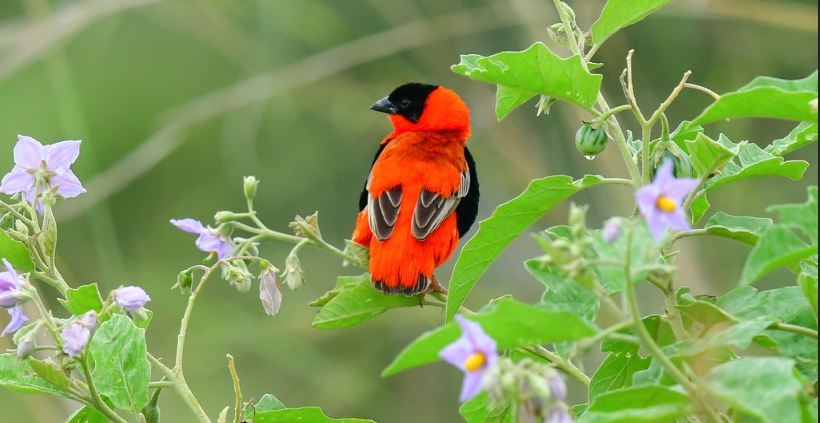 Arguably, the park is one of the best exciting National parks in East Africa, Murchison falls gives an opportunity to engage in quite a number of activities.

With over 480 bird species as mentioned previously, the park gives you an opportunity to view a number of animal species and birdlife. Many visitors would secretly wish to see the lions hunting, but it’s a rare privilege since lions like to laze about during the day and prefer hunting at night and very early in the morning. Searching for the big five, it’s at Murchison that you are assured of meeting many of these.

The birds, with their frequently loud chirping sounds, most tropical birds have vibrant colours which only add to their graceful movements as they streak across the skies. The birding experience is enhanced by the abundant wildlife and scenic landscape, which present a wonderful drive encounter. Lucky visitors can also watch butterflies as they emerge from their chrysalises, dry their wings and prepare for their very first flight.

You may also get to enjoy a game drive, birding and primates view along Budongo forest, and a boat ride to the bottom of the bottom of the Murchison falls. Today, the boat cruises have become an essential part of visiting Murchison falls experience. This is a wonderful way to see hippos, buffaloes and crocodiles at their ease along the banks of River Nile.

Accommodation ranges from campsites, lodges, hotels and guest houses. Some of these are built on top of the falls.

By road, it can be done by bus, from Kampala or by private means perhaps a self-drive or a pick up from the Entebbe International airport by the company that organized your trip. It’s a 3hours drive of 300 kilometers distance to Masindi town.

Visitors from all round the world prominent and not consider this park. Consider it too and have an amazing experience worth sharing.