Blog - Latest News
You are here: Home / why is Uganda called the pearl Africa

Why is Uganda  called the pearl of Africa.

why is Uganda called the pearl Africa: Years ago, Africa was referred to as a dark continent. Uganda was isolated from the rest of the world since most trading activity occurred in the coasts of the African continent. Its favorable climate made it attractive to Bantu-speaking people whom have been discovered to have engaged in Agriculture about 1000BC.

It was colonized as a British protectorate from 1894 to 1962. In 1893 the imperial British East African company transferred its administration rights of territory consisting mainly of Buganda Kingdom to the British government. Uganda gained independence from UK on the 9th October 1962. Uganda is a landlocked country in East Central Africa and officially it was known as the Republic of Uganda, (Swahili: Jamhuri Ya Uganda, Luganda: Eggwanga Yuganda). 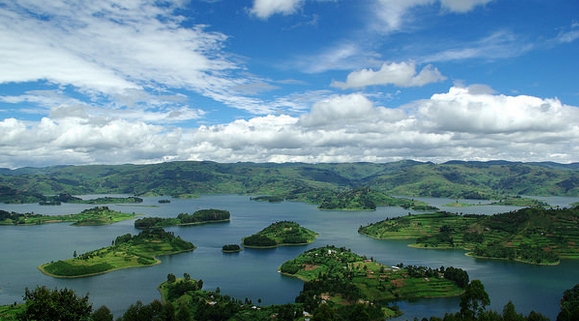 Uganda takes its its name from the Baganda Kingdom which encompasses a large portion of the country including the capital Kampala. The people of Uganda were hunter gatherers 200 years ago when Bantu speaking populations migrated to the southern parts of the country.

It is a popular country in East Africa widely known for its agriculture products such as cotton, tobacco and tea. The landlocked nation has got a variety of natural features such as mountains, Lakes and it’s a home to a variety of wildlife including mammals, primates and reptiles.

Because of its natural beauty, natural wonders and its welcoming people while on his tour  to Uganda  with magnificent features and creatures, Winston Churchill in his book “My African Journey” concluded declaring Uganda as the Pearl of Africa in the year 1908. He emphasized this when he talked of its magnificence, color and bird species, reptiles, insects, beasts, mammals and vegetation. He critically looked into all this and analyzed and described it as a fairy tale, with unique environmental attributes and the moderate climate due to the country’s location at the equator. Words are not enough to describe it but you need to see the country yourself. Winston was so amazed by what he saw and found in Uganda while on his journey as he had not seen it elsewhere before hence uniquely identifying it as the pearl of Africa.

Uganda is called the pearl of Africa because of its magnificent sceneries like the natural landscape with is both hilly and relatively flat, the waterfalls originating from a number of rivers, the mountainous nature, a variety of animal and bird species from the mountain gorillas, chimpanzees, the Big five animals as well, the streams, lakes, insects, forested landscape, reptiles, mammals and the culture of people in the land among many more other creatures.

Winston was not just a noble man or a normal tourist, he was a man of a high profile and influence in his country and when he published this book “My African Journey” it was widely read by many and whoever saw it wanted to come and prove the pearl of Africa and this widely publized Uganda as the Pearl of Africa as it is widely known. Hence Uganda the “PEARL OF AFRICA.