In terms of climates, Hwange national park winter month stretch from Mid-May, June, July and early August. Much as during the day there are clear skies and the days are worm, in the night temperature are low and sometimes get to freezing points.

And the summer or dry seasons stretch from September through to Early May   characterised by hot sunny days and clod nights as a result of drops in temperature.

The months of August, September, October and early November are the top months for making an excursions into the park for an amazing game viewing adventure. This simply because in drier months,  the waters become scarce as a result of no rains thereby several wildlife convene in  noticeable water holes to have a drink of the water. This occasions of wildlife coming to the water holes makes it easier for them to be viewed.

During the rainy months/ wet seasons,  Hwange national park  takes a completely difference shape, filled green  vegetation suitable for wildlife grazing , therefore wildlife game is usually  difficult to spot during such times. It’s also during this season that the wildlife breed due to the abundance of food so in that in summer there is usually an increase in the wildlife number.

Hwange national park is by no means a wildlife haven filled with lots of wildlife. This is attributed to large size, the park constitutes over 100 mammal species and over 400 bird species. Some of the most notable wildlife species national park include Rhinos, elephants, lion’s buffaloes, leopards (big five), sables, roans, giraffes, wildebeests, cheetahs, honey badges, civets, hyenas, wild dogs among others. 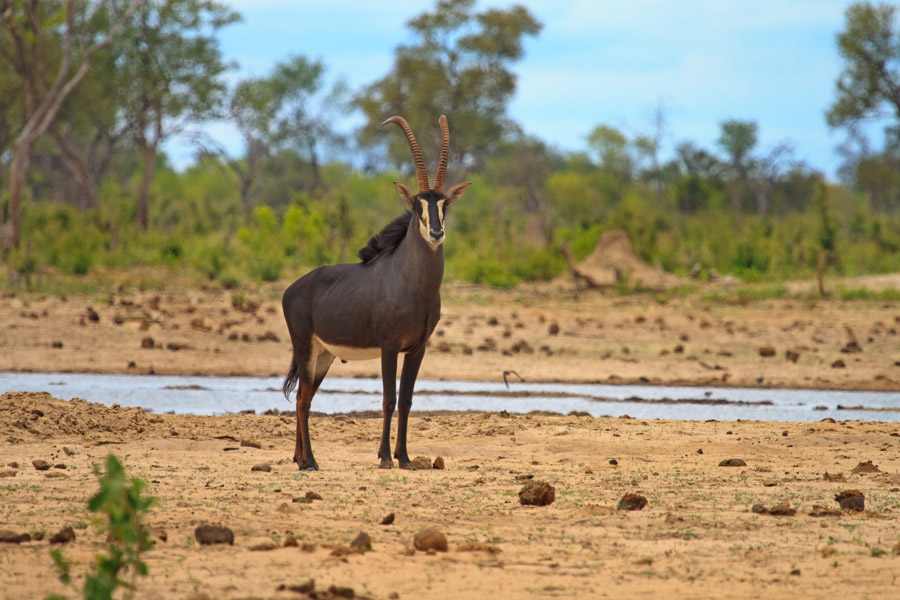 Hwange national park is equally birding destination,  filled  with over 400 species  of birds  and they can be view all year round some of the most  commons ones are migratory birds, forest birds, water birds etc and most common sighted and sough after species include African golden Ariole,  Egyptian vulture, goliath heron, greater flamingo , lesser horhen, African swamphen, African skimmers ,allen’s gallinule,  black winged prantincole, Bradfield hornbill, collared prentincole among others.