Queen Elizabeth national park is a very scenic tourist destination hosting an exclusive population of animals that is why it is one of the favorite destination for most of the tourists coming to Uganda for game viewing experience. From the comfort of your car on game viewing experience you drive through numerous trucks running through Queen Elizabeth national park, from the widows of your car you view many animals as they graze in the short savannah vegetation. Game viewing is an adventurous thrill on which you see animals like herds of elephants, buffaloes, antelopes, zebras, Uganda Kob, warthogs, leopards, giant forest hog and many more. 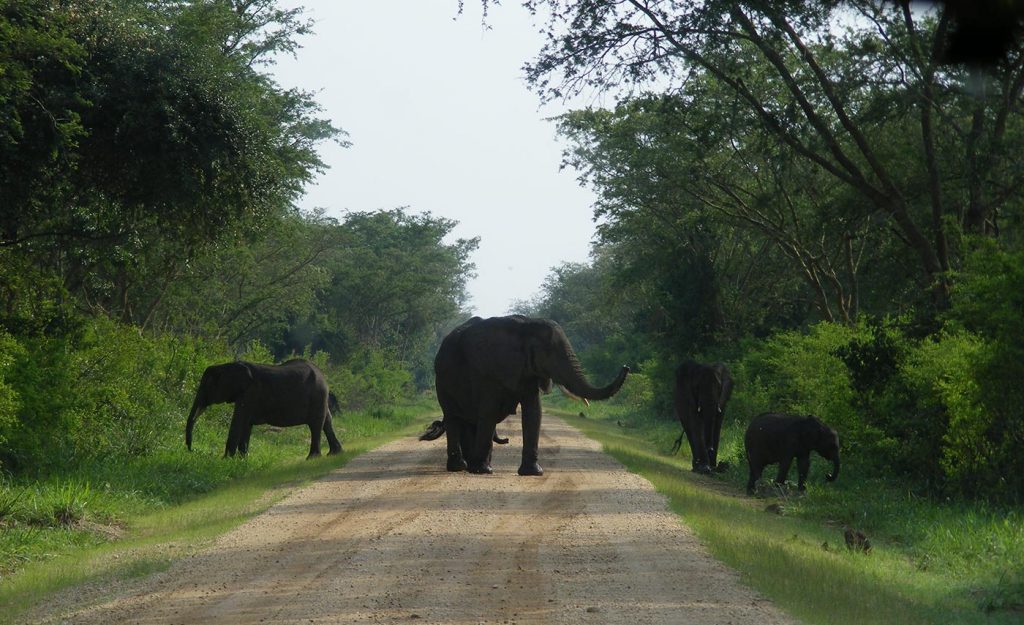 Queen Elizabeth national park is listed as one of the important birding areas in Uganda which is attributed to the big population recorded to be over 600 bird species, because of the big bird population the park is a bird paradise for bird watchers. While on bird watching experience in queen Elizabeth national park you tour various parts of the park such as savannah grassland, forests, swamps and on the shores of kazinga channel. In these areas you encounter many birds wonderful to look at such as sedge warbles, Verreaux’s eagle owl, malachite, black-ramped buttonquail, Collard Pranticles, papyrus canary, Verreaux’s eagle-owl, black bee-eater, Squacco heron, African fish eagle, swamp fly-catcher, long-tailed cormorants, Martial Eagle, Black- rumped Buttonquail African Skimmer, White winged terns, White-winged Warbler, shoebill, African skimmer, Verreaux’s Eagle-owl, Grey-headed kingfisher, papyrus gonolek, Papyrus Canary and flamingos which are sighted at lake Katwe and Bunyampaba salt lakes. 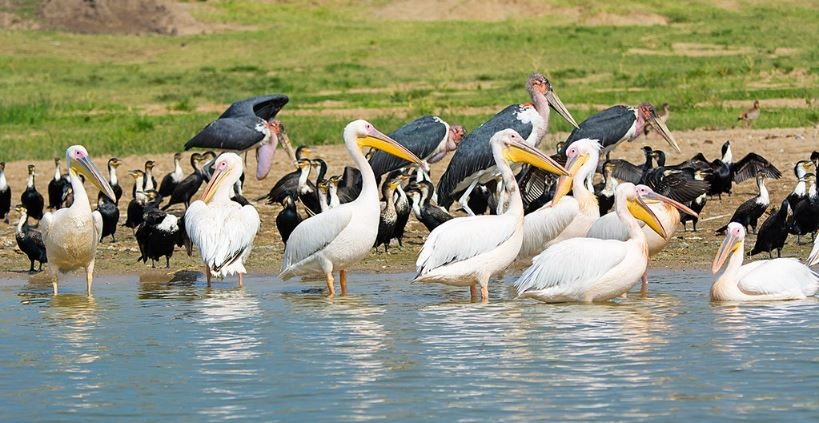 One of the tourist attractions in Queen Elizabeth national park is the beautiful kazinga channel which facilities launch cruise in the park, kazinga channel is 32 kilometer long natural channel linking Lake Edward to Lake George. Kazinga channel hosts a wide concentration of Nile crocodiles, hippopotamus, elephants and many birds which floods both the waters and banks of the channel. A launch cruise experience on kazinga channel is an opportunity for enjoy the quite cool breeze of the waters, views of many animals like elephants. waterbucks, buffaloes, hippos, many birds such as malachite, black-ramped buttonquail, Collard Pranticles, papyrus canary, Verreaux’s eagle-owl, black bee-eater, Squacco heron, African fish eagle, swamp fly-catcher, long-tailed cormorants, Martial Eagle, Black- rumped  and also enjoy the beautiful sun set.  Boat cruise in Queen Elizabeth national park are offered on a daily basis in two session s both starting at either 09:00 am in the morning and 02:00 pm for a cruise of 2-5 hours of adventure. 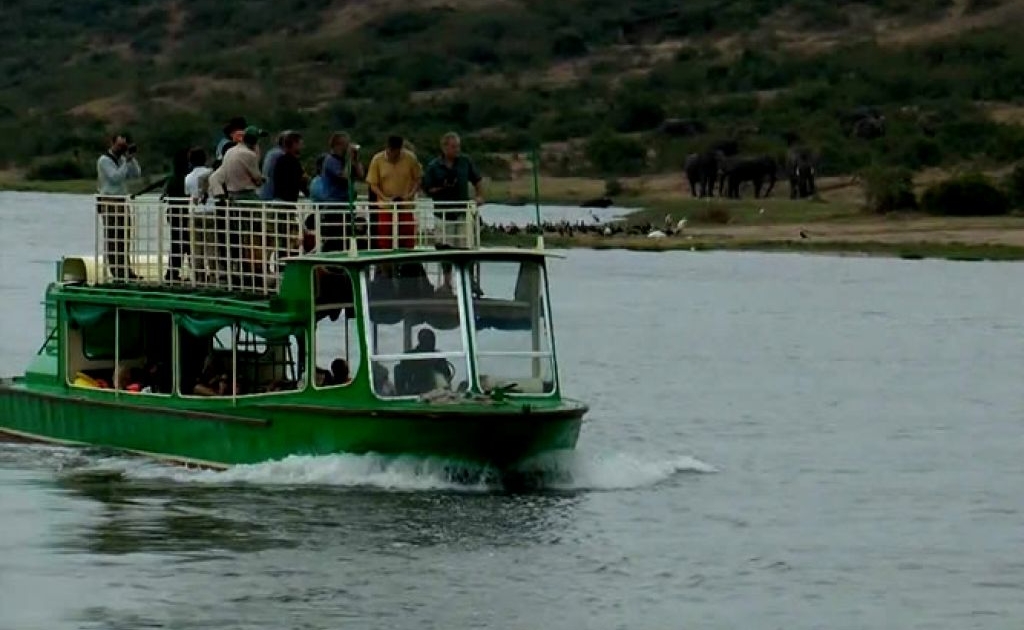 Queen Elizabeth national park is one of few destination lucky enough to host the fascinating rare tree climbing lions, the tree climbing lions are found in the southern ishasha sector of the park. Lion tracking experience involves tracking down the lions in their habitant using a tracking device to look them, these lions have collar devices in their necks and they are found in the ishasha sector with a help of a guide and either seen resting in savannah grasslands looking for their prey or hanging at acacia and fig trees.

Chimpanzee tracking in Queen Elizabeth national park happens within the forested kyambura gorge, kyambura gorge is not only an attractive scenic region of the park but also a remarkable habitant for chimpanzee in Queen Elizabeth national park. The forest is a home to many other primates such as red tailed monkeys, baboons and many bird species such as Verreaux’s eagle owl, malachite, black-ramped buttonquail, Collard Pranticles, papyrus canary, Verreaux’s eagle-owl, black bee-eater, Squacco heron, African fish eagle, swamp fly-catcher, long-tailed cormorants, Martial Eagle, Black- rumped Buttonquail African Skimmer and many. the kyambura gorge has many trails passing through the gorge which are used during tracking, as you hike through the rain forests of the gorge you encounter many primates and birds viewed on tree tops either resting, playing or picking fruits.

Guided nature walks in Queen Elizabeth national park are an exceptional experience done on foot, as nature walks takes you on a walk through short savannah grasslands, kazinga channel, forested areas like kyambura gorge where you view many animals and birds. Nature walks are not only a chance to enjoy the beauty of the park but also stretch your muscles and the best place to visit on the nature walks is the Maramagambo forest caves where you view millions of bats hanging on the walls of the cave.

Getting to Queen Elizabeth national park

Queen Elizabeth national park is located in western Uganda at a distance of approximately 420 kilometers from Kampala and a drive of about 5-6 hours, from Kampala using road transport you use Kampala – kasese via fort portal route and Kampala – kasese via mbarara route to get to the queen Elizabeth national park. There is also an option of air transport by using flights from Entebbe international airport and kajjansi airstrip flying to kihihi airstrip, kasese airstrip and mweya airstrip then connect to the park.

Where to sleep in Queen Elizabeth national park