The Nakayima still holds its records among the oldest and the most ancient trees in Uganda. Situated in Mubende District about 149km from Kampala the capital city on the Kampala – Fort portal Highway after the Mityana District and its just 4 km from Mubende town. The tree stands at about 40meters high and it’s believed to be 400 – 500 years of age and existence. The Nakayima tree derives its name or was named after the wife of the Bachwezi ruler Known as King Ndahura who was believed to be roaming around the tree and suddenly disappeared in the tree thus its name Nakayima .  The Bachwezi people were believed to be Demi gods in that in the way they just disappeared, they didn’t just die natural that’s according to history. Ever since that that incident, the tree is believed to possess healing powers such as against infertility, disease among other complications. This explains were several locals and people from a far flock the tree pursuit of such great relief. 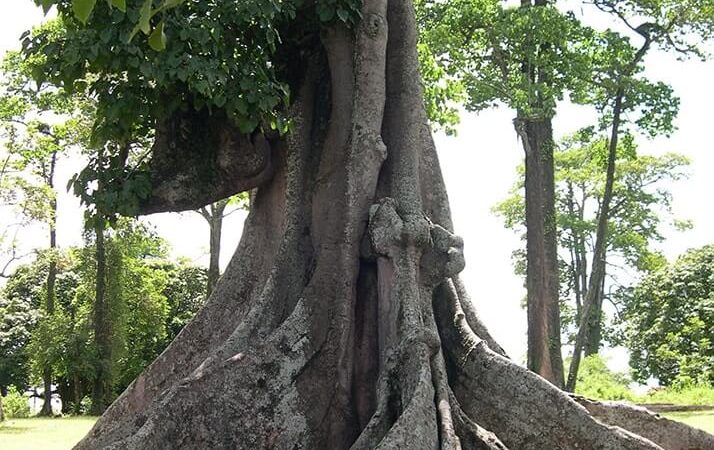 The kayima trees surely a large tree  with huge buttress  roots  thus explaining why its considered such an amazing   attractions to the both the locals and the tourists who from time to time to  witness the splendor  that the nakayima tree holds.  Those who wish to visit the tree, its usually  given as  a bonus to those travelers who are headed to Fort portal and to kibale forest national park  for various activities.  Most tourist stop by as they are moving to fort portal.