Archeological sites in Uganda : Uganda also dubbed the pearl of Africa, is situated in East Africa   filled with multiple attractions ranging from physical features to mention lakes, rivers, mountains, national parks among others. Uganda from time to time attracted an influx of travelers who come to witness and experience the abundance and splendor the attractions and possibility it holds.  In this specific write we will delve in another area of the attraction that has been at the hem of attracting visitors both local and international and that’s none other than archeological sites.

Uganda’s archeological sites keep Uganda’s early historical activities in order to have evidence of took place in the early years. They preserve pre-historical and current (contemporary) artifacts, they depict or act as the evidence of the Stone Age and the iron age.

Uganda has got many archeological sites distributed in the different part of the country they include the following :

Bigo byamugenyi earth works in situated in western Uganda   and spans an area of 10  quare kilometers , it was created by the Bachwezi who were also considered to be demi gods as away protecting their empire from an easterly intrusions ,  the site derive its name from a local word or slang bigo bye mugenyi which is translated to mean  fort of the stranger.  The site is believed to the capital of the bachwezi king or emperor who name was believed to be Wamala a place he  occupied to the end of his reign as King. The site look beautiful with holes measuring up to 5 meters deep, 3 mounds associated to the central enclosure. 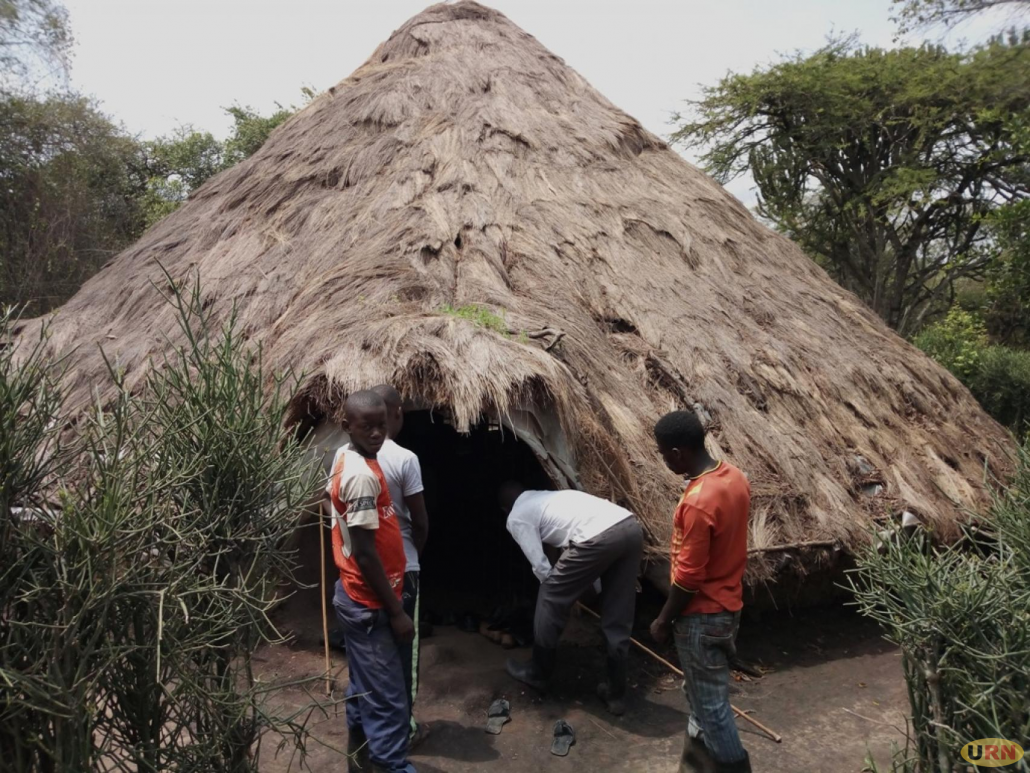 Nyero rock painting is situated in Eastern Uganda in the district of  Ngora, Nyero rock painting is one of the most significant archeological sites that Uganda has. This rock art  date way back to 1250 CE and the rock painting  work is attributed to ancient Batwa people who were believed to have inhabited the place. The rock paintings is  in form of red pigments scribbles and artistic drawings on the rocks.  The drawings depict ancient art something that fascinates the visitors that visit from time to time. 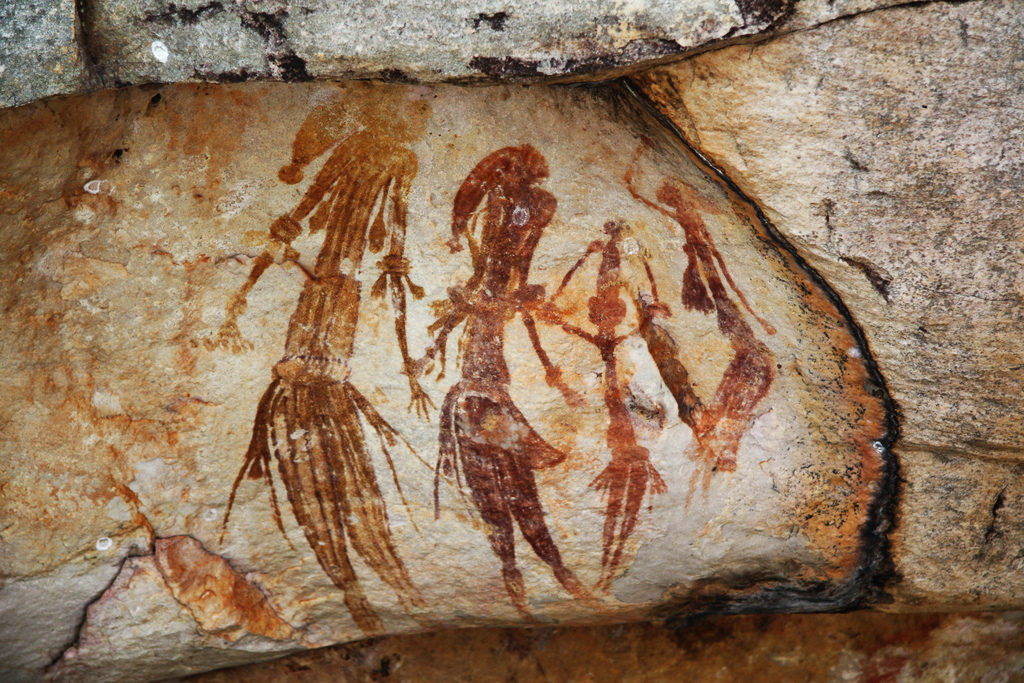 Garama caves is found in Mgahinga gorilla national park in Kisoro district , they also categorized under the major archeological sites in Uganda, they are 342 meters long and measure 12 deep.  The  garama caves to be believed to be occupies by the Batwa people , they are the ethnic group of people who are believeg to be  the original occupants of the forest in western Uganda.

The semwema hills caves are also an important feature in Uganda’s archeology, they are situated In Kakumiro district in Western Uganda. Caves are held dear by the locals, they are on a flat topped rock outcrop. it is believed that the bachwezi used the  caves as shelter for their cattle as well as ashrine for performing  the local rituals, the  place was also being used to hold meetings between the Katabeho of his council members who are the elders and advisors. 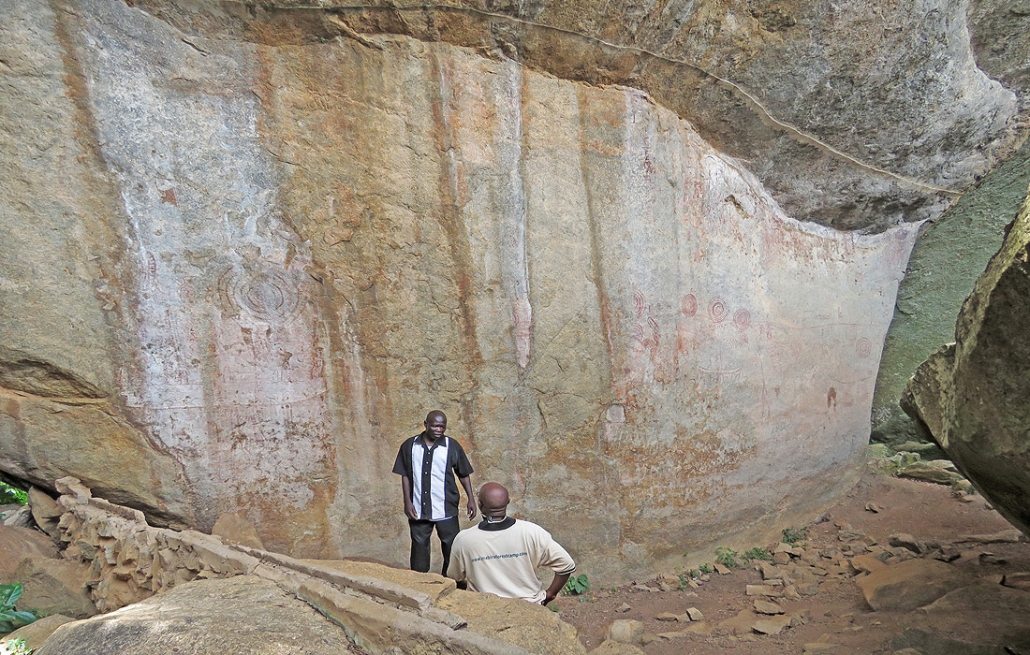 Munsa earth works is situated in the south Eastern part of Bunyoro in present day Kakumiro district, Munsa earth works is second largest rock in  Uganda, they take an extra ordinary appearance in their formation   as they are made up a series enclosed in   chains of ancient ditches. The munsa earth works is easily noticed by Bikegete rocky hill whose formation is believed to dating way back as far as  1400-1650 AD, the mystery of the ihnabitants of the rock is not know but part of history links them to the Bachwezi demi gods. Upon arrival to this area, you are welcome with  granite outcrops  with rock shelters bikegete hill.

Ntusi earth work is yet another amazing feature found in Uganda, its unique from other earth works in the country. It’s on made of ditch systems like other earth works but its rather made up of several basins enclosed with dams are simply stacks giving it a unique appearance. Ntusi earth works stacks are said to be older than the rest of the stack systems in Uganda. The stacks can also be categorist as male and female  according to the research. The excavation reports has it that the ridges are made of pile of bones and animal remains  as well as a few tool used used by humans, this indicates that the place was one  having human and animal access .